It depends where do we want to go up or down depending upon that we can choose our path of knowledge either scientific or mythological. 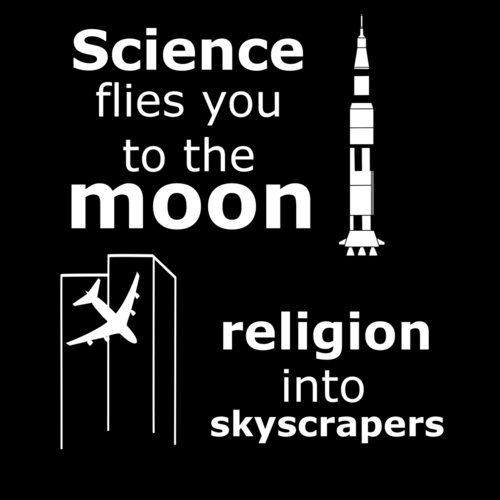 A choice is always in our head, heart and hands.

No wonder why we, developing nations mindset are mostly rudimentary compared to developed nation mindset since most of the world scientific innovations and discoveries are done by the western world.

As per your own mind (curious or dull, inquisitive or not) and interest whether or not you like to question choose your path of knowledge thoughtfully and accordingly. 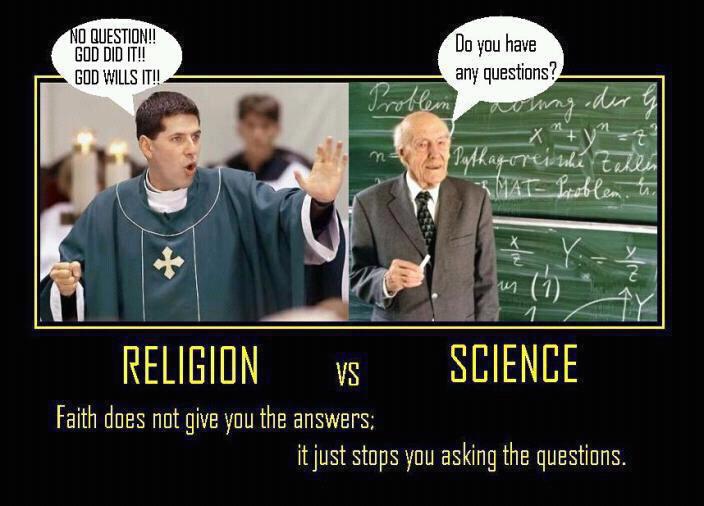 If you don't like questioning or hate questioning or just want to obey the rules and regulation formulated by clever mind then choose Religion. If you love exploring and want to find out depth of knowledge and reason behind each and every creation either nature or man than choose science.

However, there is no need to be extremist either or taking one side.


If we are thoughtful and wise enough then we can learn to balance between two knowledge creation since nothing is 100% in this universe.

Everything is yin and yang, 50/50, shiva and shakti, masculine and feminine, sun and moon, dark and light, hot and cold, and so forth as per the mother nature creation.

Even scientific knowledge is always evolving as per the time and mind demand of inquisitive thoughts and even some scientific findings are intellectually corrupt as well. 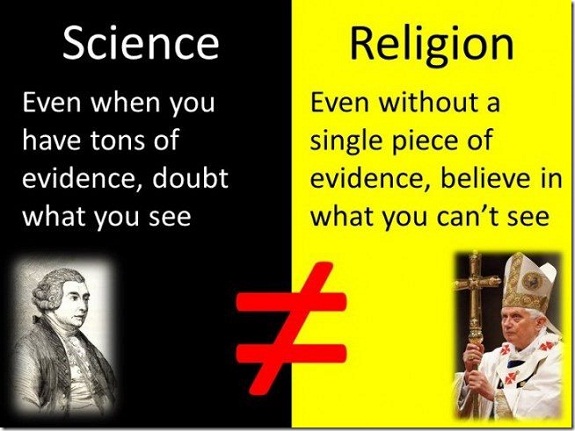 We've to learn to understand that

"Science without religion is lame, religion without science is blind."
- Albert Einstein


I was always skeptic towards gods because when I was a young I didn't know to which god to ask for help when I was in difficult situation and need some support.

Such confusion, doubt and skepticism came into my mind because when I was a child around 10 years I knew that there is a Allah for muslim, 33 koti (type) gods for Hindu, Buddha to Buddhist, Jesus for Christian and no god for Chinese.

Then I always thought that if there is just one sun, one moon, and one universe then HOW come and WHY there are so many gods who created this world/ the planet including sun and moon.

Similarly, people used to say these my children are god gifted and I was always bit skeptic thinking that how come god gifted. If god would have given children then why unmarried/never married man and woman don't give birth to a child and only after marriage they give a birth. 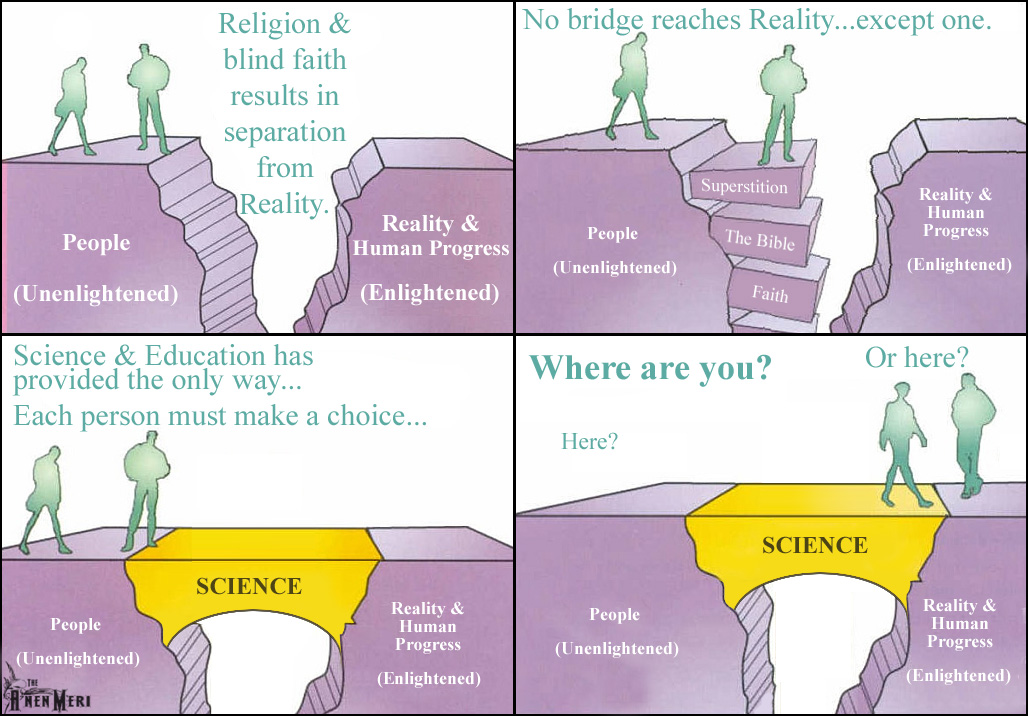 Likewise, my friends used to fast to get good husband but didn't see finding good husband by them as they prayed and worshipped for.

These questions and my observations contradicted between god and reality always that have strike in my mind. That's why I didn't believe in any man-made God blindly without getting any satisfactory answers.


In my understaning, learning, understanding, reasoning and following the Middle path are the best approach in life if we truly want humanity, peace, social justice and prosperity of everyone.

Extremist of holding one ideological thoughts and beliefs either religious, scientific, philosophical, political, economical or else thinking that "My Way Is Highway and Others are shit" are the real problem creators in this world.