Choice in life either Change and Challenge yourself Or Do suffer: Epigenetic research findings!!!

I am always concerned about how human attitude and behavior can be changed and I explore evidence based information from the world renowned people. In doing so I came across with an American developmental biologist best known for promoting the idea that genes and DNA can be manipulated by a person's beliefs  Dr Brue Lipton; Neil deGrasse Tyson, an American astrophysicist, cosmologist, author, and science communicator; an American astronomer, astrophysicist, cosmologist,  author, and science communicator in astronomy and natural sciences, Carl Sagan; the world-renowned Stanford University psychologist, Professor Carol Dweck, and many more from whose research findings I am much more influenced.

I love science because it is the progressive way of thinking as per the natural law that always move forward and also spirituality that seek truth providing an evidence to make our decision rightly for the sake of humanity and prosperity of everyone including animals, human and earth as Neil deGrasse Tyson, 'The good thing about science is that it's true whether or not you believe in it.' Similarly, Carl Sagan said 'Science is a way of thinking much more than it is a body of knowledge."

Studies show that we human being don't have any choice either to Change and Challenge our own unhealthy and bad habits and lifestyles  or suffer from our own bad Karma (i.e. Intentional thoughts, speeches and deeds) that we are knowingly or unknowingly and unconsciously carrying out to date.

I said this because new science like epigenetic research findings shown that our way of thinking and doing can have direct affect to our future generation not just us who do engage in unhealthy and harmful bodily life styles and habits.

What if your decision today to smoke a cigarette or eat another bag of chips didn't just affect your health, but also your kids' health? Take that a step further. What if your lifestyle choices affected their children's health -- and then the next generation and even the next? As it turns out, there may be much more to our everyday choices than we realize.

The traditional view of DNA is that it expresses itself through our genes to help us survive, reproduce and develop, and that it's set in stone, meaning that this behavior is also set in stone for our offspring. Now, though, it appears that environmental conditions, such as stress, nutrition and the environment, can have a hand in how our DNA behaves and how it behaves in our children -- even if they haven't yet been conceived.

All of this relates to a relatively new science called epigenetics. We'll look at five notable discoveries linked to epigenetics and what they mean to our health. Read on to learn about the epigenome -- DNA's boss.
There's still so much we don't know about how much environment and genetics affects health such as genetic illnesses.

1: Epigenetics May Not Be Linked Solely to Environmental Substances, but Also to Social Interactions.
2: Prenatal Care is Imperative to Keeping Epigenetic Changes in Check.
3: Epigenetics Appears to Be Strongly Linked to the Development of Cancer
4: When It Comes to Disease Development, Epigenetics May Rule the Roost
5: What DNA is Told to Do May Be More Important than Its Actual Structure

1: Epigenetics May Not Be Linked Solely to Environmental Substances, but Also to Social Interactions

When it comes to epigenetics, keeping track of how many hugs you give your child each day has an entirely new meaning. It appears that epigenetic changes are also linked to social and behavioral interactions.
In fact, according to Bob Weinhold for Environmental Health Perspectives, researchers at McGill University, led by Moshe Szyf, have shown that the way rats nurse, lick and groom their pups can alter the babies' behavior in the future -- and their epigenetic marks. Moreover, the team showed that they could both reverse the poor effects of lacking care with a drug, while changing the positive epigenetic changes from sound care with a drug given to older pups.
That said, we can also take this further to include any stressful situation, such as losing a job. Sarah Baldauf with U.S. News & World Report is also quick to refer to Szyf's research when she describes how stressful situations appear to negatively change how our genome behaves. Furthermore, those driving epigenetic changes persist even after the stress hormone is no longer present.


2: Prenatal Care is Imperative to Keeping Epigenetic Changes in Check

What would happen if pregnant rats were exposed to an insecticide (methoxychlor) and fungicide (vinclozolin)? Would their pups -- the name for baby rats -- be affected? Well, as Bob Weinhold for Environmental Health Perspectives describes when reporting on a study by Michael Skinner from the Center for Reproductive Biology at Washington State University, the answer is yes. In the study, the exposures resulted in epigenetic changes that increased male infertility and poor sperm production. Not only that, but the epigenetic changes persisted for the four following generations -- meaning prenatal care is key to the health of our offspring and for future generations.
So, if prenatal care is important, is it more important during a certain stage of a baby's development in the womb? It appears so. In fact, ScienceDaily describes a study out of Columbia University Mailman School of Public Health and Leiden University Center that links prenatal exposure to famine with negative health issues for the offspring later in life. However, what was even more intriguing was that the increased loss of needed epigenetic marks correlated with prenatal exposure to famine within those first 10 weeks post-conception, and not for those exposed near the end of pregnancy.


3: Epigenetics Appears to Be Strongly Linked to the Development of Cancer

Earlier, cancer was included in a list of potential health problems linked with epigenetic changes. It deserves further discussion here due to the hopeful possibilities linked to it through this science.
Researchers are looking at the possibility of epigenetic changes causing tumor growth. Experts once thought that cancer was linked either to a mutation that stops our cells from being able to protect us, or to losing that protection during cell division. This appears to be true, but there's a third possible culprit. Tumors may have free rein to grow because a perfectly good cell with protective powers is being told by an epigenetic mark to hang tight and not do its job. With the help of drugs or even lifestyle choices, we might, in the future, be able to change that epigenetic behavior and get those protective cells back to work.
A recent conference of the American Institute for Cancer Research reviewed the connection between epigenetics and cancer. For example, one researcher, Roderick H. Dashwood with the Linus Pauling Institute, discussed studies that showed that certain foods, such as broccoli, were able to turn off the proteins that get out of whack with cancer and don't allow cells to die a normal death.

4: When It Comes to Disease Development, Epigenetics May Rule the Roost

As nice as it may be to use DNA as our scapegoat, there are other factors that increase our chances for disease -- environmental issues, for one, including nutrients, social interactions and environmental exposures that make epigenetic changes.
As Sarah Baldauf reports for U.S. News & World Report, the expression of epigenetic changes later in life may be the source of age-related illnesses such as Alzheimer's. Baldauf quotes Peter Jones, from the Norris Comprehensive Cancer Center at the University of Southern California, as saying that as we age, our genes may be turned off and on in such a way that leads to disease. What could this mean? Researchers hope to develop drugs that drive epigenetic changes that help protect us or stop disease.
For example, Bob Weinhold with Environmental Health Perspectives shares the story of a team of researchers from Wake Forest University School of Medicine. The team discovered an epigenetic change that led to lupus-like symptoms in mice -- and they were able to reverse those changes with a drug.

5: What DNA is Told to Do May Be More Important than Its Actual Structure

DNA is important, but it may not be in charge. That supervisory role falls to the epigenome. As described by John Cloud for Time, the epigenome takes its ruling place on top of the genome and tells that gene to work or not to work through epigenetic marks. This is the basis of epigenetics, the study of changes in our gene's behavior that can be passed down without actually altering our genetic code.
Potentially, this means that our bodies can have biological reactions to environmental conditions that can negatively or positively affect our health, without changing our DNA. For example, Cloud helps illustrate epigenetics by taking a look at twins, who have the same genetic makeup. Why, then, do twins not always experience the same illnesses, such as asthma or a mental illness? Is epigenetics at play?
That's just the question that science is now looking at. Furthermore, researchers are investigating whether there are medications or behaviors we can use to hush poor genetic behavior.


http://dsc.discovery.com/tv-shows/curiosity/topics/5-discoveries-epigenetics-research.htm
Posted by Laxmi Tamang at Monday, January 20, 2014 No comments: 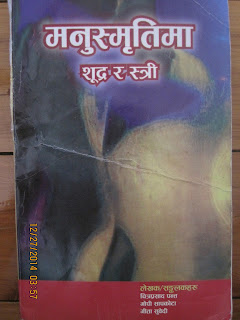 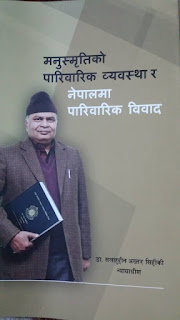