Man and Woman are the two wheels of a cart 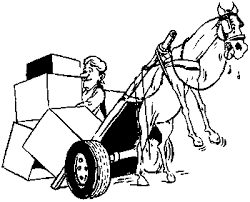 I usually write and advocate in the facebook for women's issues so I realised that some of my Nepalese and Indian men think that I'm a misandry (hatred of man by woman).
In fact, I don't hate any man. I just dislike their manusim (based on the law of manu also known as Manusmriti) mentality of both men and women because their mindset is toxic like a virus that destroy and damage whole system crippling down it gradually without letting the host know what is happening inside their bodily system that we have been observing in developing and holy/religious nations in South Asia and Sub-Saharan Africa.
I believe that man and woman are the two wheels of a cart and development is like a cart with two wheels - one man and one woman. If one of the wheels isn’t moving, the cart won’t go very far.
As per the mother nature creation and gift both her son and daughter have equal rights.  Therefore, there must not be any discrimination based on their biological sex, which has been doing by clever ancient sages incorporating their misogynist thoughts in the so-called holy texts and society has indoctrinated and instilled in the mindset of innocent and ignorant people that has promoted Gender Based Discrimination. I'm against ALL FORMS of DISCRIMINATION promoted by the society or certain group of elite people. I'm a daughter of the nature and earth so I stand and fight against those who go against her gifted things.
I understand that both men and women are human beings and I love human and animals both including plants whatever mother nature has created for the welfare of this universe.
Posted by Laxmi Tamang at Tuesday, March 12, 2013