The Theory of US Government: Do or Die!!

The theory of US government is "if you do whatever we said and follow our secret lie then you'll survive. Otherwise, you've to die or face sentence like Osama bin Laden, Saddam Hussein, Libyan leader Moammar Gaddafi', Julian Assange, Bradley Manning, etc."

Appreciated the theory of US government!!! Don't worry you'll be also punished one-day by nature. You can't be the king all the time. Your days will also certainly come one day because of your BAD KARMA (ill intention and deeds to innocent people of this world).  The theory of Kamma (Karma) is the universal truth. If some would like to know more about it then study more on this. No one can escape from karmic Results - good or bad.. does not matter!!! 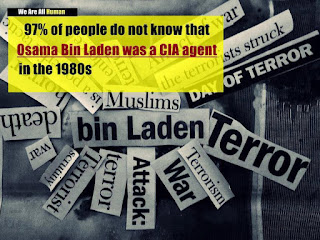 Gerald Kertsch from Germany in our facebook discussion about the topic said "And 97% Of People Do NOT Know that 'Al Qaeda' Is NOT a political or religious group but a 'Database' created by the CIA of all the people they trained back in the early 80s when Russia invaded Afghanistan. Al Qaeda literally means 'Database'. Ronald Reagan, in 1985 said about this group, the Taliban: "These gentleman are the moral equivalents of America`s Founding Fathers."
Posted by Laxmi Tamang at Wednesday, October 24, 2012