Human mind created differentiation between human beings have killed humanity in this world which we can see across the globe that some people who are white living in cold weather for long period of time, generation and generation Caucasian race originated from Caucasus mountain region are white in their feature who gave their own designation for name and fame as "Aryan" which means noble. They consider themselves as a superior human being than rest of the colour's people who are dark skinned, black especially those living in tropical region such as Africa although it has archaeologically proven that we all human race is originated from Africa around 200,000 years ago then migrated from there in different time period in different parts of the world seeking food, shelter and else for better life and livelihood.

Historically we can look at in ancient India how indigenous, Dravidian people who are dark in their skinned, black had been enslaved considering them as "Sudra" which means slave, servant and expolited them for their hardwork effort and labour imposing varna (colour) system division of labour. Nomadic white people placed themselves on the top proclaiming self as a "Guru, teacher, priest, preacher, god child", red colour people placed them as a ruler and warrior and brown colour people as farmers, merchants, artisans. Similarly, they had assigned their Yoga "Job" and Quality "Guna" for four different groups. This is who caste system has been started in ancient India which has been firmly institutionalised by writing "Veda" an ancient Indian scripture to be followed and read mainly to priestly caste known as "Brahmins". Because of this kind of labour exploitation I suppose a Prince Siddhartha Gautam had born in 623 BCE who became Buddha. He was completely against injustice, inequality, false and blind belief and practices, human suffering, exploitation of labour, violence, ritualistic animal sacrifice performed by those priestly community

members and rulers which we can read and understand from his life stories documented in Buddhism scripture "Tripitak". After he became Buddha at the age of 35 he devoted his whole life to educate and awaken human beings in mind so that they can themselves help to be free from any dogmatic ideological belief of goddism and fatalism indoctrinated from their early childhood and making them belief them that they are helpless without an imaginative figure or idol called "GOD" that is under the control of priestly and ruling class people only who can bridge between so-called God and People.

Despite trying best for the last 45 years till Buddha died at the age of 80 still human suffering in Nepal and India we can find now. It is just because of the law of manu, "Manusmriti" which was written during Sunga Dynasty of India that ruled from 185 BCE to 75 BCE re-established and institutionalised firmly wiped out varna system by ruling and priestly class people know as "Aryan". 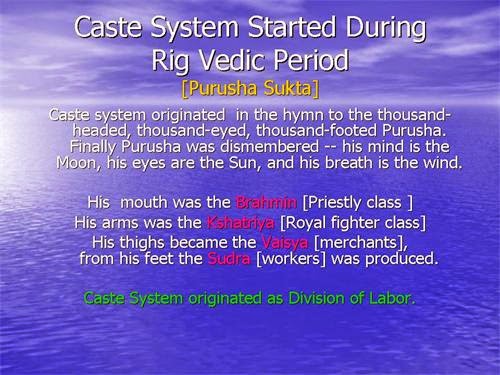 In the context of Nepal linguistically speaking we've to set of people: Indo-Aryan and Tibeto-Burmese. Indo-Aryan people who migrated from ancient India considered Tibeto-Burmese as Sudra thus treated them as Sudra and Vaisya as per the Civil Code of Conduct "Muluki Ain" written in 1854 by rulers of Nepal. 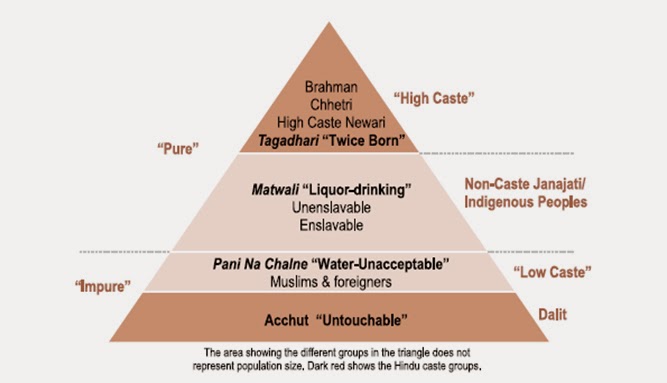 Although Siddhartha Gautam being a son of King considered "Aryan" but he never ever showed his supremacy that we can read from Buddhism scripture that is why his teaching has been liked and appreciated across Asia unlike Vedic teaching of Brahmins which has been confined to India and Nepal only. Anyway it is very interesting to read the evidence related Aryan and how they came to ancient India. I found an article titled "All about Indo-aryans, their history to present day, and how they are not the ‘rightist’ “Aryans” as the ‘West’ knows it" in the below link that says,

Who Were the Aryans?
Aryans, or more specifically Indo-Aryans, make their first notable appearance in history around 2000-1500 BC as invaders of Northern India. The Aryans were semi-nomadic Nordic Whites, perhaps located originally on the steppes of southern Russia and Central Asia, who spoke the parent language of the various Indo-European languages.
Latin, Greek, Hittite, Sanskrit, French, German, Latvian, English, Spanish, Russian etc. are all Indo-European languages; Indo-European, or more properly Proto-Indo-European (PIE), is the lost ancestral language from which those languages ultimately derive. The “Proto” indicates that the grammar and vocabulary of this long extinct language, probably spoken up until 3000 BC, are a hypothetical reconstruction by modern philologists. Just as Romance languages like Italian and Spanish derive from Latin, so Latin derives from PIE.
Indo-European philology traditionally used “Aryan” both to denote a people, understood racially or ethnically, and the language group itself (“Aryan speech”), irrespective of the race or ethnicity of the people speaking its various branches. In the wake of National Socialist Germany`s defeat, the term fell out of general scholarly use in both senses, and “Indo-European” (IE) became the preferred designation of the language group, “Indo-Europeans” of both the people who occupied the original Aryan homeland and their descendants, who gradually spread out across Europe, much of the Indian sub-continent, and parts of the Near East. Racial nationalists are not, of course, obliged to adopt the timid PC-lexicon of contemporary scholarship, but we should be aware of imprecision of “Aryan” as a racial or ethnic classification.
Arya, meaning “noble,” appears in various Indo-European languages. Its plural form (Aryas=”nobles”) was probably the name the Aryans used to describe themselves prior to their dispersal, and it may survive in Eire (Ireland) and certainly survives in Iran (Airyanam vaejo=”realm of the Aryans”). The discovery of thousands of such cognate words in widely separated languages, along with similar grammatical structures, led philologists to conclude, early in the nineteenth century, that most European languages had evolved from a common proto-language spoken millennia ago by a distinct people who gradually left their original homeland in a series of migrations, carrying their language with them.
Traditionally Greek, Latin and Sanskrit were considered the closest languages to PIE, and much of the reconstructed Aryan proto-language is based on them. Modern Lithuanian, however, is the most archaic living language, closer to the original Aryan speech than any other. There is even an IE language, Tocharian, attested in Chinese Turkestan, which indicates that Aryans must have made an appearance in the Far East, a long-standing piece of linguistic evidence which has been recently confirmed by the discovery of the physical remains of a blond-haired people in China.