Beauty of Nepal land: Independent forever since the earth formed and gave major scriptures to India.

Of very few nations in the world Nepal was never ever formally colonized by any nation of the world. She is independent since the earth formed around 4.54 billion years ago.

The present day, name to Nepal has given in 1768 December 21 by the 1st King of Nepal, Prithivi Narayan Shah who expanded his Gorkha Rajya integrating more than 50 small principalities.
Whereas India has been formed and born in 1947 August 15 after 179 Nepal has been formed at the present size.

I came to know that many Indian has understanding and believe that Nepal was part of India before or still. This is very WRONG understanding because of CORRUPT education and thoughts that they have been flourishing from their scriptures, books and colonized mind since India ruled by British therefore they have colonized mind and want to make other the mental slavery as their own.

However, we, Nepal land people are colonized in their mind due to embracing the law of manu, Manusmriti written by the ancient India sage Manu and imposed by rulers through Nepal's legal document in 14th century written by King Jayasthiti Malla, hiring 5 learned Indian Brahmins. 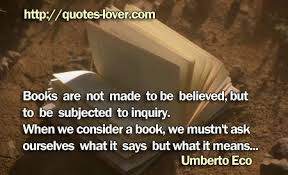 In fact, Nepal has given India four Vedas (Hindu scriptures) namely, the Rig Veda, Sama Veda, Yajur Veda and Atharva Veda, and Mahabharat as I came to know that Vedas and epic Mahabharata and 18 purans were written by Ved Vyas who was born in Damauli of Tanahu district, Nepal. Similarly, Rayaman epic was written by Valmiki (original name was Ratnakar born in Brahman family) who born in Nepal was a highway robber looting people passing from one village to another.

Based on the Mahabharat epic Bhagawad Gita, a hindu holy scripture widely read and preach was written.

Therefore, I just wonder how come Hinduism were born in India if their all major scriptures were written by ancient Nepalese sages. However, to prove that those epics and vedas were written by Veda Vyas and Valimik archeologically proven evidences are required because to date whatever had been said is just preached and believed without any evidence.

However, we've to bear in our mind that:

"A dream is a scripture, and many scriptures are nothing but dreams."
- Umberto Eco (aged 81),an Italian semiotician, essayist, philosopher, literary critic, and novelist


"The devil can cite Scripture for his purpose."
- William Shakespeare
Posted by Laxmi Tamang at Sunday, September 08, 2013